How to choose a red wine

Posted on October 26, 2016 by rmgtravelsandfood 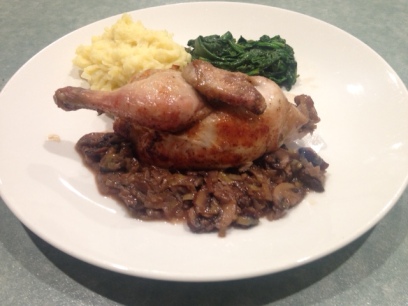 In June last year, Maggie and I spent three days grazing our way around the Barossa Valley in South Australia. Along the way, I reconnected with Rockford, my long-ago favourite winery in this iconic region. Later in the year, we received Rockford’s annual mail-order selection. We chose six of the wines and bought two of each, making up enough for one carton to be delivered to our door.

The 2016 order form and newsletter arrived a couple of weeks ago and we sat down to decide what we would order. We knew that we would like to buy some bottles of three of the wine types we had bought in 2015; and not buy two of the other three. But we couldn’t recall how much we had enjoyed the sixth wine, a blend of Grenache, Mataro (Mouvedre) and Shiraz; aka hereabouts as GSM. (This blend is most famous for being produced in the Chateau Neuf du Pape wine appellation in the southern Rhone valley.)

We still had one of the two bottles left from 2015. But we couldn’t just open it for the sake of deciding whether or not to replace it, could we? These are quality wines, not cheap-thrills cleanskins! We had to make it worth the expense. What better way than to cook a meal of ‘coq au vin’, which calls for a flavoursome red wine in the cooking process?

Except for the fact that, in our kitchen, it usually takes many hours, spread across three successive days, to make coq au vin. That was not a realistic option; we had quite a lot on our plate already. So, we decided to prepare what food fashionistas might call a ‘deconstructed’ coq au vin, using an ovenproof, heavy-based, non-stick frying pan (skillet), with the lid on or off at various stages to mimic a pot roast. (We’ve used this cooking method a few times lately, trying to amuse ourselves while we wait for warm weather.)

The key ingredients for your regular coq au vin are: chicken on the bone; bacon or similar; onion or similar; mushrooms; herbs; red wine; and chicken stock. We used a whole spatchcock, with fresh herbs stuffed into its cavity; a piece of kaiserfleisch, cut into batons; a clove of garlic and the white part of a leek, sliced; flavoursome button mushrooms, sliced; a little butter; and about 1/2 a cup each of chicken stock and the candidate wine.

In summary form, the method went something like this, approximately!

The result was delicious. So was the wine – we’ve ordered three bottles of the latest release!

Maggie and I are both in our mid-60s and live in Melbourne, Australia. This blog is devoted to our shared passions for travel and fine dining at home. As cooks, we are skilful and adventurous within a framework of mainly traditional ingredients and techniques, and we aim to prepare nutritious food that looks good and tastes delicious. Our evolving repertoire is influenced by both our travels and Melbourne's vibrant food culture. While we are young enough, our priority travel destinations are overseas, although we do spend a few long weekends each year exploring parts of south-eastern Australia. As travellers, we are most comfortable with a combination of organised and independent touring. Our first overseas journey together was to Italy in the northern autumn of 2008. We later travelled in France (2009), Spain (2011), Singapore and Cambodia (2012/13). All trips from 2014 to 2016 are documented in this blog. When time allows, we will publish posts about our journeys - eight and counting - in 2017, 2018 and 2019
View all posts by rmgtravelsandfood →
This entry was posted in Cooking and tagged Coq au vin, Rockford. Bookmark the permalink.