London: the witnesses for the defence

Posted on September 21, 2015 by rmgtravelsandfood

We began our 2015 European travels with three days in London. At this point, following a six night tour of other parts of Britain – we still can’t decide how we feel about London as a visitor destination.

The case for the defence of London’s reputation argues that, having arrived after 30 hours of travel (from home to hotel) and having slept for barely 2 hours of the previous 40, we just weren’t up to the task of exploring London’s cultural, scenic and historic wonders energetically. Furthermore, we have been spoilt by our previous trips to Europe, so our enthusiasm for the artistic, musical and culinary virtues of London was tempered. And, to add insult to injury, we have, as citizens of the British Commonwealth, already seen and heard pretty much all we care to know about the British Royal Family, its lodgings and the history of its predecessors, from as far back as 1066, through Agincourt, Trafalgar and Waterloo, to the present day.

However, despite these impediments, we did enjoy some elements of London: the ‘pub’; Hyde Park & Kensington Gardens; the British Museum; the ambience, buildings and gardens of the well-to-do inner boroughs. And, in spite of our republican proclivities, we could not help but notice that countless thousands of visitors from other countries, and many of our fellow-Australians, were excited to be putting faces to such famous place-names as Buckingham Palace and the Tower of London.

So, here are some favourite photos from our three days in London, with some brief stories and observations.

The first two photos show sections of the water feature that is a memorial to Princess Diana. It was a large loop, situated on a gentle slope, with a whimsical series of rock formations which channelled and tumbled the flowing water which, in turn, combined with natural light to create visual effects, all interspersed with occasional bubbling holes that added further water volume, sounds and appearances. Clever, appealing, accessible, gentle, a bit like …

The next group of photos were all taken in the neighbourhood between Paddington Station and Hyde Park, where out hotel was also located. Maggie particularly enjoyed all the ‘pots of colour’ that adorned light poles and the front of local homes. 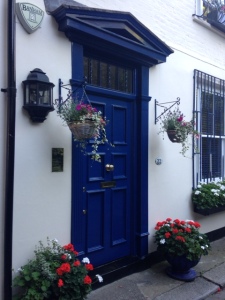 On our second day, we hailed a cab and gave the driver a list of sites we were happy just to view. These included Marble Arch; Park Lane; ahem, Buckingham Palace, cough, splutter; Westminster Abbey; Big Ben; and various other sites along the way, ending at St Paul’s Cathedral. After a refreshing pot of tea, we then made our way to Covent Garden, complete with white balloons forming a cloud mass, and a statue of Dame Margot Fonteyn.

After a brief visit to each of Piccadilly Circus – dull in daylight, lively at night – and Trafalgar Square – pigeons and tourists competing for the spoils of Victory – we entered one of London’s famous shopping palaces – Fortnum & Masons. This store has to be seen to believed, and that’s just the price tags! Then there are all the otherwise regular-looking people pushing large shopping trolleys around and loading them up with, say, dinner settings of fine china costing several multiples of a thousand dollars. Before, you know, moving on to the good stuff!

Anyway, gasping for a good lung-full of un-rarified air, we made our way to the food hall, looked briefly at the Scottish salmon going out at around $250 per kilo, and found ourselves at the Wine Bar. Daring to look at the menu, Maggie discovered that, for just over twelve quid, you could treat yourself to a nice glass of European plonk and something quite delicious on a bit of upmarket toast. French Rose and crab for her, a Portuguese ‘green’ wine for me with soft goat’s cheese and pickled beetroot. We felt really posh-like we did, for those 45 minutes. 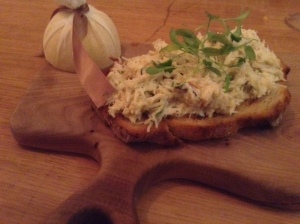 Finally, on the morning of our third day, we rose in good time to be outside the British Museum at 10am in a modest queue. We began with the galleries of Egyptian Antiquities and other ancient civilisations of the Near and Middle East. 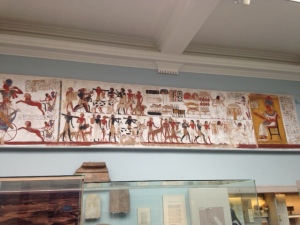 Then we visited the galleries devoted to those relics from the Parthenon, the most supreme building of ancient Greece, which are housed in the British Museum. These are also known as the Elgin Marbles.

I am not going to enter into the debate about whether or not these remarkable items should be repatriated to Greece. What I can say is that they are quite magnificent, despite a long history of abuse and neglect prior to their being carefully annotated, removed, shipped to England and, on our viewing, curated expertly.

Perhaps the prosecution case – that London is one of yesteryear’s heroes – has some ground to make up. You will hear about that, and receive the jury’s verdict, after we have spent October 4 and 5 on a return visit to London.

Maggie and I are both in our mid-60s and live in Melbourne, Australia. This blog is devoted to our shared passions for travel and fine dining at home. As cooks, we are skilful and adventurous within a framework of mainly traditional ingredients and techniques, and we aim to prepare nutritious food that looks good and tastes delicious. Our evolving repertoire is influenced by both our travels and Melbourne's vibrant food culture. While we are young enough, our priority travel destinations are overseas, although we do spend a few long weekends each year exploring parts of south-eastern Australia. As travellers, we are most comfortable with a combination of organised and independent touring. Our first overseas journey together was to Italy in the northern autumn of 2008. We later travelled in France (2009), Spain (2011), Singapore and Cambodia (2012/13). All trips from 2014 to 2016 are documented in this blog. When time allows, we will publish posts about our journeys - eight and counting - in 2017, 2018 and 2019
View all posts by rmgtravelsandfood →
This entry was posted in Travel and tagged British Museum, Covent Garden, Fortnum & Masons, Hyde Park, Kensington Gardens, London. Bookmark the permalink.

1 Response to London: the witnesses for the defence