Posted on June 6, 2016 by rmgtravelsandfood

Do you have a favourite nut? Yes, yes, very funny. Maggie says that too.

Or a nut that you can’t abide – say, brazil, or the leader of Brazil? No, seriously, I do NOT like brazil nuts. And I’m not all that enamoured of peanuts either; well, not since I stopped drinking beer on a regular basis.

However, I do enjoy several other varieties of nut: toasted pecans, in a superb dessert cake; walnuts, toasted or raw, in various sweet and savoury dishes; roasted and peeled hazelnuts, ditto, including a chocolate torte, Sara’s favourite cake; and macadamias, as the source of fat in an ‘Australian’ Christmas pudding. 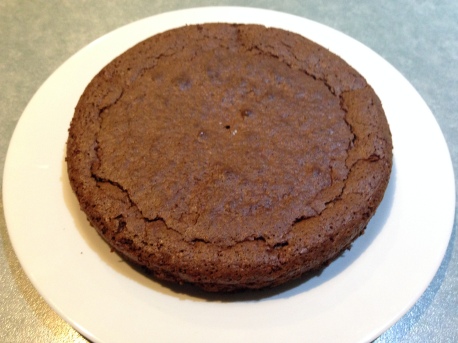 But the king of the nut bowl in our kitchen is the almond, and I simply do not care to imagine what my life would be like without it.

How do I love thee? Let me count the ways.

We buy almonds in three forms: blanched – halves and flakes; and, very occasionally, raw almonds, which I dry roast to have on hand for a mid-afternoon snack.

I grind the blanched halves in our blender to make a coarse meal for at least three different cakes: the aforementioned chocolate torte, for special occasions; a plum cake, when ‘blood’ plums are in season; and my version of the well-known Middle Eastern orange and almond cake. The navel orange season has just begun, so I will make the last of these cakes soon and share my recipe. 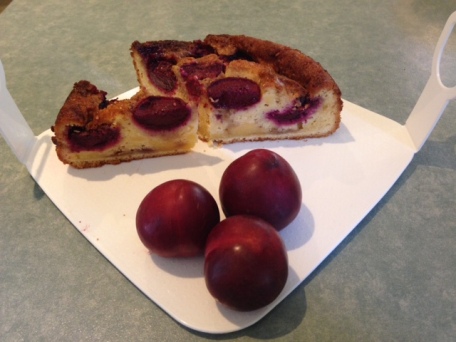 I also grind some of the halves to small chunks. These go into the mixture when we make meringues, which we enjoy with fresh strawberries that have been macerated in a generous drizzle of Cointreau. Naughty but nice! 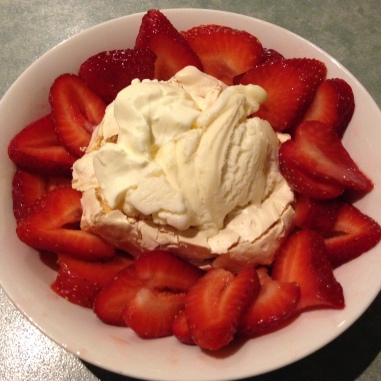 And, as some of you would have noticed, we have begun to use almond halves that have been lightly browned in vegetable oil before we scatter them over a biryani-style dish.

The flakes? Raw, they form part of my homemade muesli. This is the first food I consume on the mornings of Maggie’s workdays, and the morning after the last day of her working ‘week’, when she gets a sleep-in.

But, when they are toasted, the almond flakes really come into their own.

By toasted, I mean cooked dry in a pan over low heat, and tossed every 30 seconds or so, until they have become lightly coloured and crunchy. In this form, I use almond flakes to add texture and flavour to an uncomplicated apple cake; and we like to sprinkle them over fresh strawberries or poached peaches for a simple yet satisfying summer dessert.

And that, in a nutshell, is our almond story.

Maggie and I were both born in the early 1950s and we live in Melbourne, Australia. This blog is mainly devoted to our shared passions for travel and fine dining at home. Recently, I added Australian politics to the scope of the blog, inspired by the election of a Labor Government at a national level. Rick Grounds
View all posts by rmgtravelsandfood →
This entry was posted in Cooking and tagged almond flakes, almonds, blanched almonds. Bookmark the permalink.