The Duke of Beef

Posted on January 3, 2015 by rmgtravelsandfood

The title of this post is a 50:50 pun on the old-fashioned dish Beef Wellington and a restaurant that operated in the Dandenong Range to the east of Melbourne a few decades ago. The restaurant, called The Baron of Beef, offered a fixed menu bookended by soup and steamed pudding, with a main course of roasted whole sirloin of beef and all the trimmings, served in a music-hall manner by staff dressed in costumes from England’s Robin Hood era. (A magnificent natural park called Sherbrooke Forest is one of the Dandenong’s most famous features.) Maggie and I had several family meals at The Baron of Beef during the three years of our first relationship (1969-1972).

Anyway, back to the Duke and the retro dish named in his honour. There was a time when Beef Wellington was a must-have dish at dinner parties prepared in well-to-do Melbourne households and it is still widely available as a heat-and-eat item at butchers frequented by families of the same ilk. During a previous life, Maggie often prepared this dish from scratch, and went to the extent of decorating the tailor-made servings with the relevant initials of their recipients. I, on the other hand, had only attempted this feat once, with limited success, so I was quite impressed the first time Maggie prepared it in our kitchen. And the second and third times.

So, when our Christmas Day entree of beef carpaccio left us with a sizeable piece of mostly-rare beef eye fillet, I proposed that we convert it to a meal of Beef Wellington. Here is a (poor-quaility) photo of how it turned out … 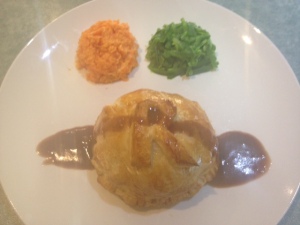 Firstly, Maggie cut the beef into two portions and briefly seared the rare surfaces in a non-stick pan. 100g of Swiss Brown mushrooms were sliced then sauteed in butter in the same pan until quite soft. Meanwhile, Maggie cut out four discs of puff pastry, two smaller ones for the bases and two for the caps. 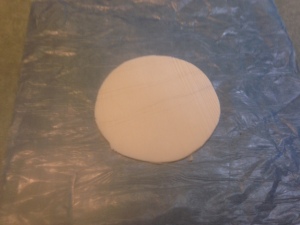 Each piece of beef was placed on a base and topped with a generous amount of pate infused with black pepper then about 1/3 of the mushrooms.

A beaten egg, or eggwash, is brushed over the exposed surface of each base, the cap is added and, using a fork and more eggwash, is sealed to the base 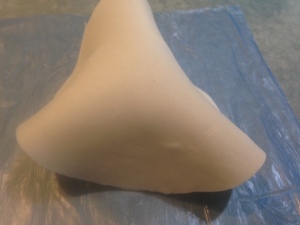 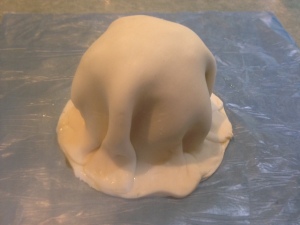 Maggie then added puff pastry initials to each piece and brushed the finished product with the egg wash. 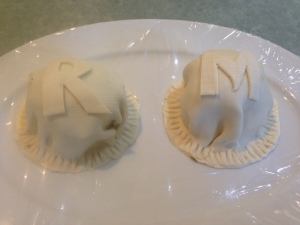 We baked the dish for about 25 minutes in our Weber Q at about 180C. Meanwhile, I made a jus by simmering the leftover mushrooms in 1/2 a cup of dry red wine and 1/4 cup of tawny port for about 10 minutes. After the jus had been strained, Maggie blended it with a small amount of commercial gravy powder to complete the sauce. 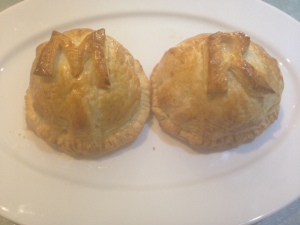 Maggie and I are both in our mid-60s and live in Melbourne, Australia. This blog is devoted to our shared passions for travel and fine dining at home. As cooks, we are skilful and adventurous within a framework of mainly traditional ingredients and techniques, and we aim to prepare nutritious food that looks good and tastes delicious. Our evolving repertoire is influenced by both our travels and Melbourne's vibrant food culture. While we are young enough, our priority travel destinations are overseas, although we do spend a few long weekends each year exploring parts of south-eastern Australia. As travellers, we are most comfortable with a combination of organised and independent touring. Our first overseas journey together was to Italy in the northern autumn of 2008. We later travelled in France (2009), Spain (2011), Singapore and Cambodia (2012/13). All trips from 2014 to 2016 are documented in this blog. When time allows, we will publish posts about our journeys - eight and counting - in 2017, 2018 and 2019
View all posts by rmgtravelsandfood →
This entry was posted in Cooking and tagged beef fillet, beef wellington. Bookmark the permalink.

1 Response to The Duke of Beef