Posted on November 12, 2014 by rmgtravelsandfood

This second post about our recent excursions in the north-east of Victoria presents a few  examples of what we saw as we drove to and around the region. 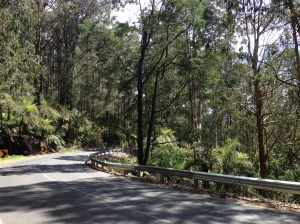 Tree ferns and forest on Black Spur, north-east of Healesville

About once a decade I drive along this stretch of highway and wonder why I don’t do it more often. 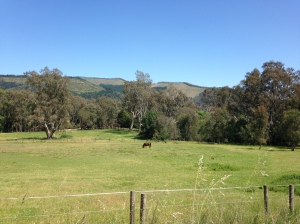 Slopes planted to pine to provide softwood for building houses

I have mixed feelings about the sight of foreign trees growing on slopes that were formerly covered by native vegetation.  However, I am resigned to this being a case of a necessary evil, provided that our indigenous hardwood forests are adequately conserved (and that is a never-ending battle). 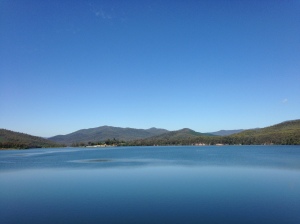 Another vexed issue in our part of Australia is the volume of water taken from rivers and then used for crop irrigation. This might not be one of them but the cumulative effect of all these blocked flows has been calamitous for the health of the once mighty Murray, Australia’s longest river. 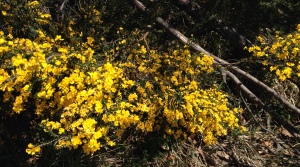 During my years of university study, I had the good fortune to spend summer vacations working for the government agency that was responsible for the management of WA’s indigenous flora. I remain an enthusiast with a good working knowledge of Australian plant species and we have devoted a section of our garden at home to some of our favourite natives. 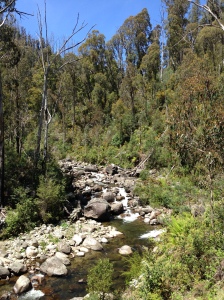 A mountain stream in the Australian bush

A rugged scene of natural Australian beauty, the sound of water running over rocks and, on a warm day, the bonus of the aroma of eucalyptus leaves. That’s my home … 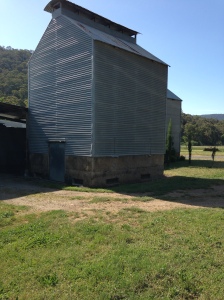 There are hundreds of former tobacco-curing sheds along the valley floors of the region. Although tobacco had been grown here since the 1850s, it boomed after World War II with an influx of migrants from Italy, mostly, Yugoslavia and Spain and improved production, harvesting, processing and marketing practices. After peaking in the 1970s, the industry began to decline, as manufacturers sought cheaper and better leaf product from overseas and governments cutback on research and introduced schemes to buy back production quotas. The industry ceased production in 2006, by which time some growers had already shifted to new crops such as grapes for table wines and premium nut varieties.

Maggie and I are both in our mid-60s and live in Melbourne, Australia. This blog is devoted to our shared passions for travel and fine dining at home. As cooks, we are skilful and adventurous within a framework of mainly traditional ingredients and techniques, and we aim to prepare nutritious food that looks good and tastes delicious. Our evolving repertoire is influenced by both our travels and Melbourne's vibrant food culture. While we are young enough, our priority travel destinations are overseas, although we do spend a few long weekends each year exploring parts of south-eastern Australia. As travellers, we are most comfortable with a combination of organised and independent touring. Our first overseas journey together was to Italy in the northern autumn of 2008. We later travelled in France (2009), Spain (2011), Singapore and Cambodia (2012/13). All trips from 2014 to 2016 are documented in this blog. When time allows, we will publish posts about our journeys - eight and counting - in 2017, 2018 and 2019
View all posts by rmgtravelsandfood →
This entry was posted in Travel and tagged Kiewa Valley, King Valley, north east Victoria. Bookmark the permalink.