Posted on September 17, 2014 by rmgtravelsandfood

The second photo has nothing to do with the chestnuts. No, I just wanted to show off about our hotel and the al fresco terrace where we sat to have our morning espresso. 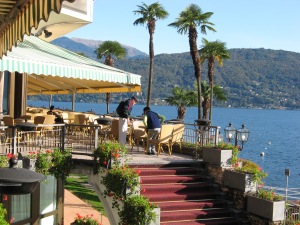 Six years later, we have made our third dish of 2014 with chestnuts grown in the north-east of Victoria, purchased at Toscano’s and roasted at home

This began as another Patrizia Simone recipe that we have modified substantially to suit our kitchen, our expertise and our palates. It is fiddly work but it produces a very satisfying dish, rich in flavour and texture, best served as an entrée for four persons. 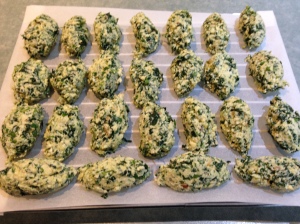 Maggie and I are both in our mid-60s and live in Melbourne, Australia. This blog is devoted to our shared passions for travel and fine dining at home. As cooks, we are skilful and adventurous within a framework of mainly traditional ingredients and techniques, and we aim to prepare nutritious food that looks good and tastes delicious. Our evolving repertoire is influenced by both our travels and Melbourne's vibrant food culture. While we are young enough, our priority travel destinations are overseas, although we do spend a few long weekends each year exploring parts of south-eastern Australia. As travellers, we are most comfortable with a combination of organised and independent touring. Our first overseas journey together was to Italy in the northern autumn of 2008. We later travelled in France (2009), Spain (2011), Singapore and Cambodia (2012/13). All trips from 2014 to 2016 are documented in this blog. When time allows, we will publish posts about our journeys - eight and counting - in 2017, 2018 and 2019
View all posts by rmgtravelsandfood →
This entry was posted in Cooking, Travel and tagged Chestnuts, Gnocchi, Lago Maggiore, Melbourne food. Bookmark the permalink.