Posted on April 29, 2019 by rmgtravelsandfood

Other than a couple of fleeting references to a recent resort-based holiday in Vietnam, I haven’t written any posts about travel since May 2017. So, my Sheriff’s-posse-sized band of regular readers could be forgiven for assuming that Maggie and I have spent most of the last two years close to home in Melbourne.

Nothing could be further from the truth!

It’s just that, we have been travelling so often and, when at home, I have been so consumed by the responsibilities of being the sole trustee for the estates of my late father and brother, that I have lacked both the time and the inclination to produce anything worthy of your interest.

However, inspired by our week in Vietnam and, beginning with the softer option of sharing some food stories, I have returned to a blogger’s happy place, ready to work my way through a backlog of travel experiences.

Here is a brief overview of our itinerary for the period from June 2017 to February 2019.

A tour of Vancouver Island and the Canadian Rockies

In June 2017, we travelled by coach, ferry, plane and train on a tour from Victoria, the capital of British Columbia, through the Rocky Mountains and ending at the city of Vancouver. Here are two examples of the spectacular scenery to which we were treated.

View of Lake Louise from our hotel room

A fog-free week in San Francisco

From Vancouver, we flew to San Francisco and based ourselves in an Airbnb-listed apartment handy to Fishermen’s Wharf. The fog rolled away soon after we arrived and we never saw it again! It was July 2017, 50 years on from the 1967 ‘Summer of Love’.

A sunny view of the Golden Gate Bridge

Japan highlights at a relaxed pace and high speed

Later in the year, we spent our third Christmas overseas, this time in Japan. The weather was cool but mainly dry, popular sites were uncrowded and the Japanese rail system a wonderful experience in its own right.

We returned home with a diverse collection of fond memories of Japan and its people. 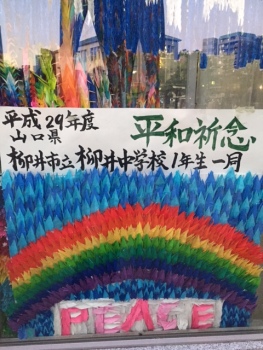 One of the many works in Hiroshima made from paper cranes, all in the name of peace

Tasmania, Australia’s island state, is justly renowned for its abundance of accessible natural wilderness but Maggie had never experienced any of it. We remedied that on a self-drive tour in March 2018, including the first anniversary of the death of my father, who was a passionate Tasmanian. 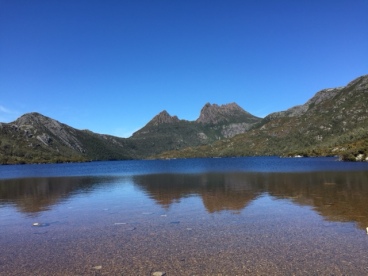 Within a rare example of temperate rainforest, Gordon River valley

Our next journey took us half a world away from the highlands of Tasmania to spend eight days driving around the famed highlands of Scotland. Australian friends had warned us to have our umbrellas handy at all times but we had only a few hours of ‘Scotch mist’. And half of that added to the bleak atmosphere of the Glencoe area, site of an infamous massacre, as we drove through. 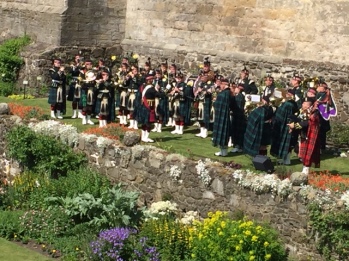 A few wee drams of whisky being distilled

From Scotland, we flew to Bergen, the second largest city of Norway. Our short stay included a visit to the home where Edvard Grieg lived for most of his adult life. Then we boarded the Viking Sun for a cruise along the Norwegian coast, finishing in Copenhagen. I can’t wait to tell you more about our wonderful cruise experience! 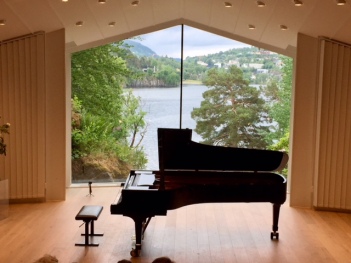 Recital room at the home of Edvard Grieg, Bergen 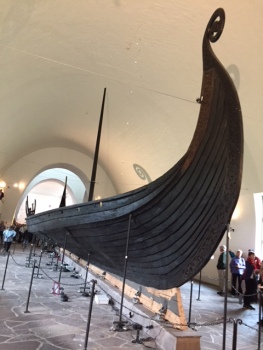 A comprehensive tour of the highlights of China

In September, we packed our suitcases again to fly to Beijing to join a two-week tour of the highlights of China, including a four-night Yangtze river cruise and three internal flights. We knew that we would be amazed by the various historic, cultural and natural sites but we were a little surprised to find modern China as agreeable as we did.

Not a souvenir shop in sight! All by myself on the Great Wall

The Terracotta Warriors have to be seen to be believed!

Singapore, for a third time

We just couldn’t help ourselves when a great Singapore package deal reached our Inbox! We love Singapore and we are also very fond of seven of its residents, known collectively as ‘The Singapore Gals … and a Gentleman’, a friendship which began during a tour of France in 2009. It is a safe bet that we will return to Singapore at least one more time. 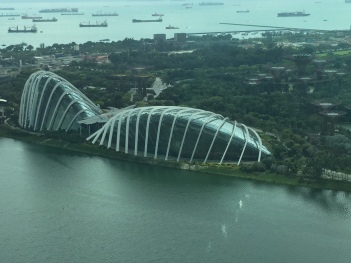 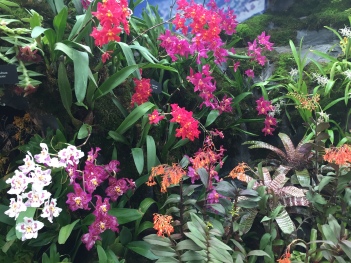 Up close with orchids inside Gardens by the Bay

A holiday in Vietnam

Which brings me to our most recent travel experience – six nights at the Grand Sheraton Resort Da Nang. We were prepared to discover that resort life is just a bit too quiet and sedentary for us but, thanks to its 210 metre long pool and to the abundance of friendly service we that was lavished us, we found it quite bearable, thank you! A tour of old Hoi An in the quiet of the morning was a bonus. 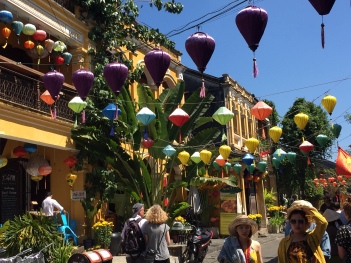 Silk lanterns colour the old streets of Hoi An

Well, that was the easy part. Now I have to revisit the myriad memories and photos from each of these journeys and do my best to fashion them into stories which, if my mojo is working, will be both interesting and useful.

Maggie and I are both in our mid-60s and live in Melbourne, Australia. This blog is devoted to our shared passions for travel and fine dining at home. As cooks, we are skilful and adventurous within a framework of mainly traditional ingredients and techniques, and we aim to prepare nutritious food that looks good and tastes delicious. Our evolving repertoire is influenced by both our travels and Melbourne's vibrant food culture. While we are young enough, our priority travel destinations are overseas, although we do spend a few long weekends each year exploring parts of south-eastern Australia. As travellers, we are most comfortable with a combination of organised and independent touring. Our first overseas journey together was to Italy in the northern autumn of 2008. We later travelled in France (2009), Spain (2011), Singapore and Cambodia (2012/13). All trips from 2014 to 2016 are documented in this blog. When time allows, we will publish posts about our journeys - eight and counting - in 2017, 2018 and 2019
View all posts by rmgtravelsandfood →
This entry was posted in Travel. Bookmark the permalink.