Paris: Picasso pleases but there were problems in paradise

Posted on February 27, 2017 by rmgtravelsandfood

Last September, Maggie and I made our fourth, and probably last, visit to Paris. We had booked to stay in our favourite hotel in Le Marais district for four nights, sandwiched between our river cruise and our visit to First World War battlefields.

On our first evening, we chose to dine casually in our room, feasting on a selection of goodies from the some of the fine local shops. “Where is the wine?” my friends would ask. Well, I was still suffering from a bug I had picked up somewhere between Melbourne and Amsterdam, so our ‘aperitif’ was a spritz of orange juice and mineral water. 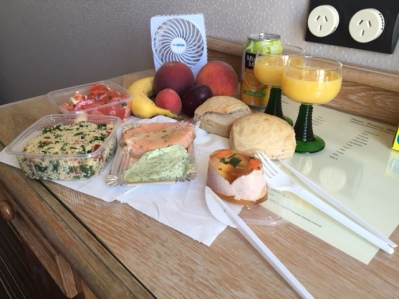 The next morning, we set off for the main objective of our time in Paris – a visit to Musee Picasso, located within a pleasant walking distance of our hotel.

This was something we had waited nearly seven years to accomplish. The museum was closed for renovations when we visited Paris in December 2009 and September 2011; and it was due to reopen a few months after our brief visit to Paris in April 2014.

The museum is home to a vast collection of works by Picasso, as well as works by some of his contemporaries that formed part of his estate. The collection is housed in a handsome building dating from the mid-17th century, which has been renovated twice in the 40 years since it was acquired by the City of Paris for this purpose. You can learn more about the history of the building and how the collection came to be in public hands here.

The following selection of our photos shows original elements of the exterior and interior of the museum building; examples of the highly detailed and excellent interpretive material accompanying the exhibited works of art; and a small selection of the exhibits.

Overall, it was one of the great art museum experiences of our six visits to Europe since 2008 and well worth the wait! 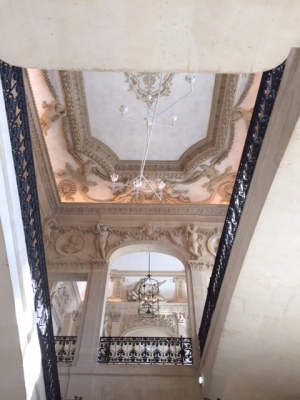 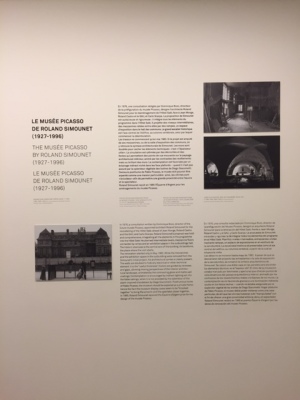 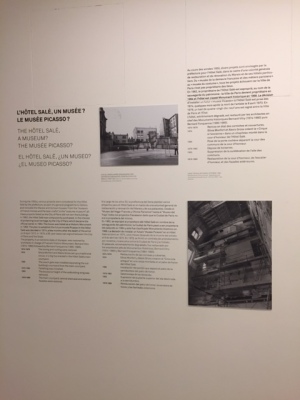 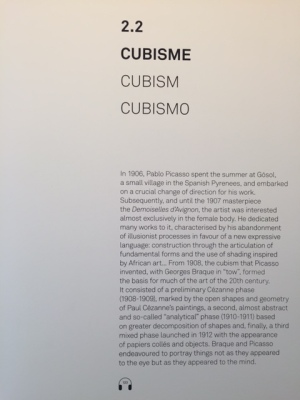 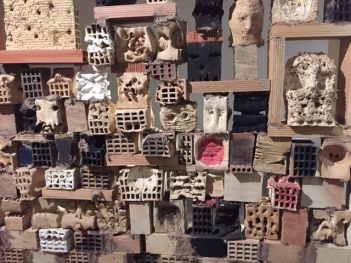 We spent the balance of our time in Paris strolling around hitherto unexplored parts of Le Marais; shopping for Maggie’s favourite perfume, Fragonard; taking our wonderful day trip to Monet’s garden at Giverny; dining out locally, including a surprisingly stodgy dinner at Pramil, a restaurant at which we had dined very well on two previous occasions; and a sad visit to the Trocadero district, where we discovered that the prices at our favourite cafe had climbed very steeply since April 2014! 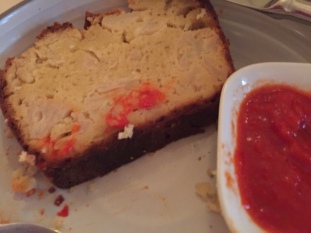 The escalation in prices became a recurring theme of our visit. However, the greater sadness was a noticeable decline in the volume of the sound of people being oh so happy to be in Paris.

In the aftermath of the terrorist attacks, we had expected to come across a highly visible presence of armed police and soldiers. We saw little of that but, in a way, the flat ‘vibe’ was actually more alarming. We had read that there had been a 20% decline in the number of Americans visiting Paris; that would help to explain what we observed. Our hosts assured us that it was all business as usual but even they seemed a little subdued.

So, is fitting that I conclude this post with a grey image of the Eiffel Tower, devoid of the usual milling throng of tourists at its base.

Maggie and I are both in our mid-60s and live in Melbourne, Australia. This blog is devoted to our shared passions for travel and fine dining at home. As cooks, we are skilful and adventurous within a framework of mainly traditional ingredients and techniques, and we aim to prepare nutritious food that looks good and tastes delicious. Our evolving repertoire is influenced by both our travels and Melbourne's vibrant food culture. While we are young enough, our priority travel destinations are overseas, although we do spend a few long weekends each year exploring parts of south-eastern Australia. As travellers, we are most comfortable with a combination of organised and independent touring. Our first overseas journey together was to Italy in the northern autumn of 2008. We later travelled in France (2009), Spain (2011), Singapore and Cambodia (2012/13). All trips from 2014 to 2016 are documented in this blog. When time allows, we will publish posts about our journeys - eight and counting - in 2017, 2018 and 2019
View all posts by rmgtravelsandfood →
This entry was posted in Travel and tagged Musee Picasso, Paris, Picasso Museum, Pramil Restaurant. Bookmark the permalink.