Posted on November 8, 2016 by rmgtravelsandfood

The top reason why Maggie and I chose to go on this cruise was the program of excursions to interesting places along the route, none of which we had visited before. There was one excursion every day covered by the cost of the cruise; in addition, we chose to pay for two of the ‘optional’ excursions that were offered.

Overall, the excursions proved to be very worthwhile, including a few that we will remember fondly for many years to come. Here, and in the following post, is a brief account of what we saw and did.

Day 1: We boarded the cruise ship in the port of Amsterdam in time for a light lunch, including some delicious smoked salmon; Norwegian, of course!

After lunch, we were invited to go on a walking tour of some of the old quarters of the city. Happily, the route didn’t duplicate any of the ground we had covered during the previous three days; besides, our experienced guide provided us with plenty of on-the-spot insights and information. (Photos from this excursion were incorporated into my previous post about our visit to Amsterdam.)

Day 2:  Next morning, we awoke to find ourselves tied up at a small dock in a canal surrounded by green countryside. After breakfast, we were arranged into half a dozen groups, each with a local guide who led us on a short walk to the World Heritage site of Kinderdijk. It is most famous for its 18th Century windmills, nineteen in all, which form part of the water management system that allows the adjoining land to be used for agriculture despite being well below sea level. The tour included a visit to one of the windmills and its cramped living quarters, as they might once have looked when occupied by a qualified mill operator’s family. 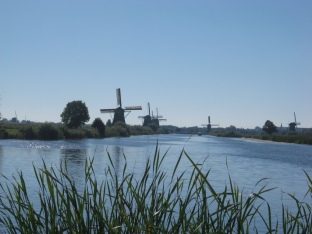 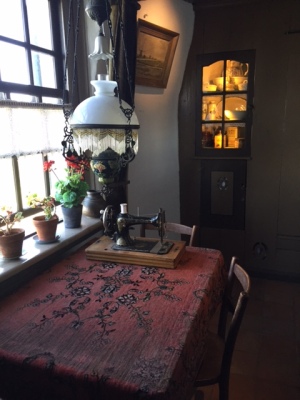 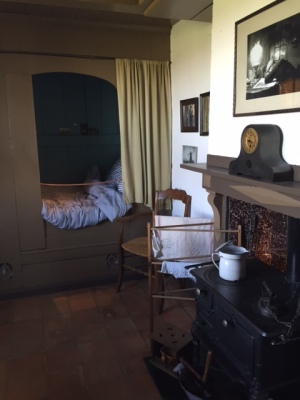 Day 3: By the next morning, we were advancing steadily up the Rhine. The ship pulled into a berth in the city of Cologne, famed for its vast Gothic cathedral. Our included tour took us to the cathedral and through sections of the attractive medieval heart of the city.

Personally, I found the scale of the cathedral to be disproportionate and unattractive; one might even say ‘intimidating’, which may well have been its design brief! However, I did appreciate two features of the inside spaces: the massive pipes of its organ, and a stained glass window which was designed by a renowned German artist, Gerhard Richter and installed in 2007.

Our photo (right, 3rd row) doesn’t even begin to do justice to Richter’s work but you can find it here, including background information. We both thought that it was intriguing and beautiful. 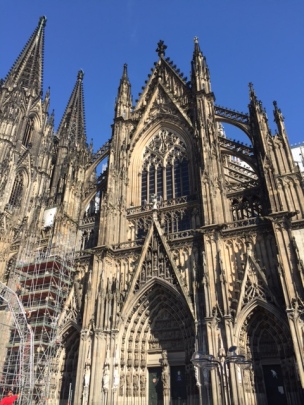 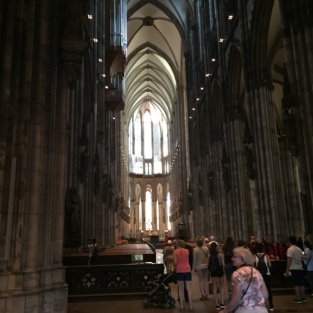 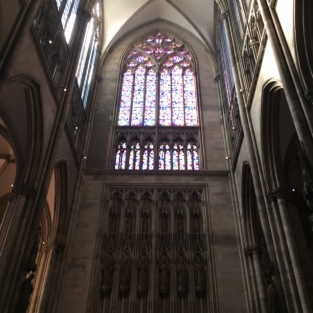 It was our third day of warm weather, pushing towards 30C. By the end of our guided tour, we were very pleased to make our way to the highly-regarded brewery and restaurant, Gaffel. After a couple of refreshing beers and a light lunch, we returned to our ship. 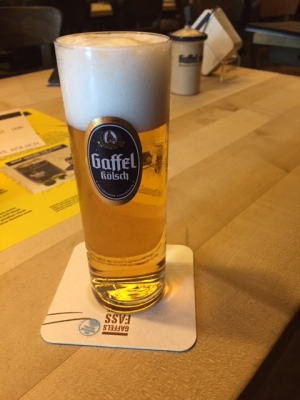 Day 4: Our ship docked at Koblenz, the German city at the junction of the Mosel and Rhine rivers; the second photo looks upstream along the Mosel, towards the steep slopes where vines produce grapes for the famous Riesling wines. 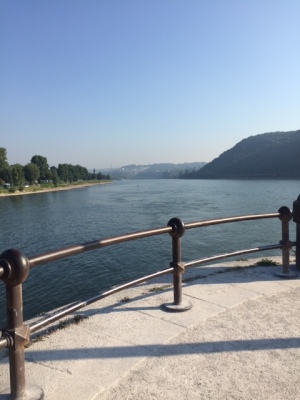 Most of our fellow passengers disembarked for a visit to the famous Marksburg Castle. Unfortunately, I was struggling with a lurgy, so we stayed behind, content to take a short stroll along the side of the Rhine before the ship headed on to meet our tour coaches further upstream. 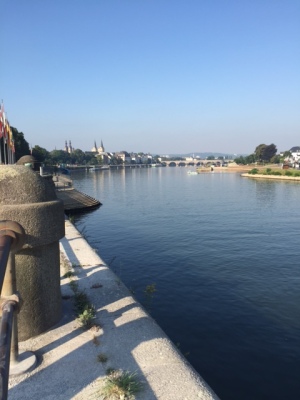 We later learned that the excursion, while excellent, included a long walk up and down a steep path, which would have troubled Maggie’s ‘wonky’ knee, and that it had been a very warm morning, which might have been enough to finish me off!

After lunch, we enjoyed one of the advantages of touring by cruise, as our ship took us through the stretch of the river known as Rhine Gorge, famed for its castles, quaint villages and vineyards. Some photos from this ‘excursion’ appear in a previous post.

Day 5: Having missed out on the visit to Marksburg Castle, I was relieved that I was well enough to join the excursion to Heidelberg, including the spectacular ruins of Heidelberg Castle. Our guide did an excellent job of explaining the diverse elements of this massive edifice. The castle’s prominent location also yielded some delightful views of the old town below. 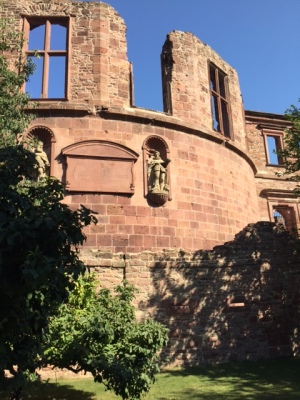 In the following post: Strasbourg, Black Forest, Colmar – all wonderful.

Maggie and I are both in our mid-60s and live in Melbourne, Australia. This blog is devoted to our shared passions for travel and fine dining at home. As cooks, we are skilful and adventurous within a framework of mainly traditional ingredients and techniques, and we aim to prepare nutritious food that looks good and tastes delicious. Our evolving repertoire is influenced by both our travels and Melbourne's vibrant food culture. While we are young enough, our priority travel destinations are overseas, although we do spend a few long weekends each year exploring parts of south-eastern Australia. As travellers, we are most comfortable with a combination of organised and independent touring. Our first overseas journey together was to Italy in the northern autumn of 2008. We later travelled in France (2009), Spain (2011), Singapore and Cambodia (2012/13). All trips from 2014 to 2016 are documented in this blog. When time allows, we will publish posts about our journeys - eight and counting - in 2017, 2018 and 2019
View all posts by rmgtravelsandfood →
This entry was posted in Travel and tagged Amsterdam, Cologne, Heidelberg Castle, Kinderdijk, Viking Cruises. Bookmark the permalink.