Posted on May 3, 2016 by rmgtravelsandfood

Now, here’s a happy coincidence. A message from food heaven, you might say, or a ‘circle of life’ event.

Just a few days after we had purchased a pomegranate for the first time, our Greek neighbour, Sula came to our door bearing two large orbs picked fresh from her pomegranate tree.

Embarrassed by such riches, I began another web search for recipes featuring pomegranate. You know how it goes. By the time I had typed the first “a” in the word, a list of options appeared and one of them was ‘pomegranate molasses’. Hmm. I’d seen that mentioned in various food articles and recipes, so I decided to have a little look at what came up.

Soon enough I found a recipe for making pomegranate molasses at home. It was surprisingly simple. So, late last week, before The Horseradish Incident, we converted Sula’s gift to a rich, dark, thick syrup.

We haven’t yet decided what we uses we will make of it but the likely choices include in glazes – think poultry and pork – braises and dressings.

And here’s the virtuous circle closing. Sula loves pomegranate molasses but has never made it herself. So, today, I will cross the street, give her the recipe and a sample and show her our photos to help explain how it’s done. 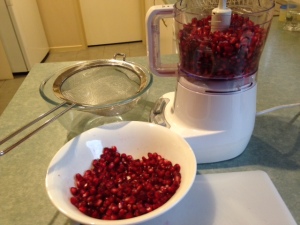 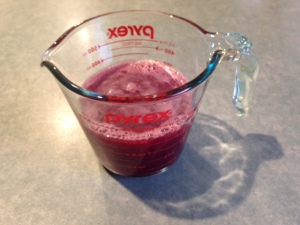 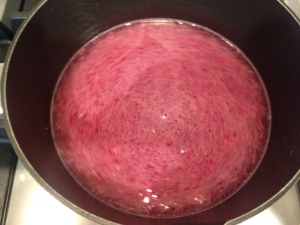 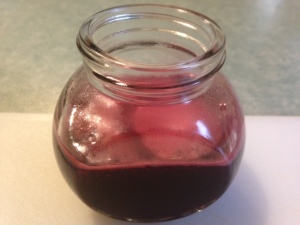 Maggie and I are both in our late 60s and live in Melbourne, Australia. This blog is devoted to our shared passions for travel and fine dining at home. As cooks, we are skilful and adventurous within a framework of mainly traditional ingredients and techniques, and we aim to prepare nutritious food that looks good and tastes delicious. Our evolving repertoire is influenced by both our travels and Melbourne's vibrant food culture. From 2008 to early 2020, our priority travel destinations were overseas, although we have always spent a bit of time each year exploring parts of Australia. Our first overseas journey together was to Italy in the northern autumn of 2008. We later travelled in France (2009), Spain (2011), Singapore and Cambodia (2012/13). Most of our international adventures from 2014 to 2020 are covered in this blog. We have now reached a time in our lives when the prospect of long flights to distant places are unappealing, so we will travel mainly within Australia or to countries that are close to home.
View all posts by rmgtravelsandfood →
This entry was posted in Cooking and tagged pomegranate, pomegranate molasses. Bookmark the permalink.